The Chutiya also known as Sutiya kingdom was established on the north bank of the River Brahmaputra in north-eastern Assam and parts of Arunachal Pradesh by Birpal. They were a Tibeto-Burmese race who secured power in Assam at the same time as the Khen kings and Barobhuyan chieftains (to the west), during the decline of the Kamarupa kingdom. They claimed descent from remnants of the former Mlechha kings of Assam. The other major kings of The Chutiya kingdom which left a great marks in the History of Assam are:-

Gaurinarayan  was one of the most powerful Sutiya king, he brought under his sway tribes of neighbouring mountains Rangalgiri, Kalgiri, Nilgiri, Chandragiri, Dhavalgiri etc. He conquered the whole northeastern region of 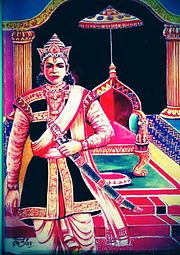 Assam which included the areas of present-day Arunachal Pradesh and assumed the proud title of Lord of Hills. In the year 1224, with a large army, he descended on the valley of Brahmaputra, attacked and deported a king named Bhadrasena, ruler of Swetagiri Mountains.

Nityapal was the last Chutiya ruler at Sadiya. The Ahoms take Sadiya and kill the Chutiya king. The position of sadiyakhowa gohain is created, the governor of Sadiya. The Chutiyas, forced away from their capital, rally in the countryside and conduct guerrilla warfare against the Ahoms.

The rulers of Dimasa Kachari Kingdom belonged to the Dimasa people, The Kachari kingdom a 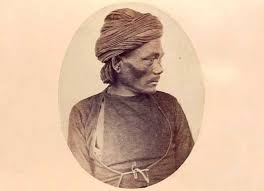 nd others (Kamata, Sutiya), led by chieftains of indigenous tribes, developed in the wake of the Kamarupa kingdom, were examples of indigenous state formations in Medieval Assam. Remnant of the Kachari kingdom existed till the advent of the British, and this kingdom gave its name to two present districts in Assam: Cachar and North Cachar Hills.
The Kacharis Dimasas had to leave the Kamarupa Kingdom in the ancient period due to political turmoil. As there came a time to cross the mighty Brahmaputra or Dilou in Dimasa many Kacharis could not cross this river and stayed back in an around the northern bank of the river. This group were later called the Bodo’s,but whosoever could cross the mighty river were named the sons of the great river the Dimasas meaning sons of river.

The Koch dynasty emerged as the dominant kingdom after the fall of the Khen dynasty in 1498 and Kamat Dynasty in 1515.The first of the Koch kings, Viswa Singha and then his sons, Nara Narayan as the subsequent king and Chilarai as the general, soon occupied the western portion of the erstwhile Kamarupa Kingdom as well as some regions of south Assam. The dynasty forked for the first time into two major branches that controlled Koch Bihar and Koch Hajo. Koch Bihar became a vassal of the Mughals, whereas Koch Hajo came under Ahom control and was subsequently absorbed. Koch Bihar became a princely state during British rule and was absorbed after Indian independence. A third branch of this dynasty at Khaspur disappeared into the Kachari kingdom.