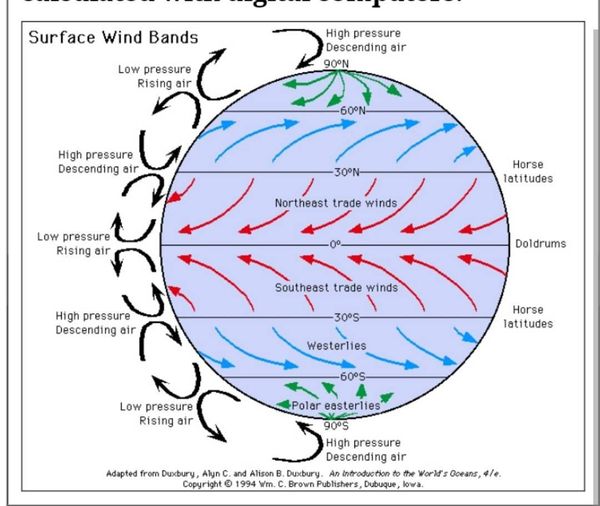 . These winds change their directions with the seasonal changes or periodically.

A monsoon wind is a seasonal wind found especially in Asia that reverses direction between summer and winter and often brings heavy rains. The Asiatic monsoon is the result of the interaction of both the planetary wind system and regional factors, both at the surface and in the upper troposphere.

The periodicity of land and sea breezes change according to day and night and these are winds of coastal regions. The land and sea absorb and transfer heat differently. During the day the land heats up faster and becomes warmer than the sea.

Over the land, the air raises giving rise to a low-pressure area, whereas the sea is relatively cool and the pressure overseas is relatively high. Thus, a pressure gradient from sea to land is created and the wind blows from the sea to the land as the sea breeze.