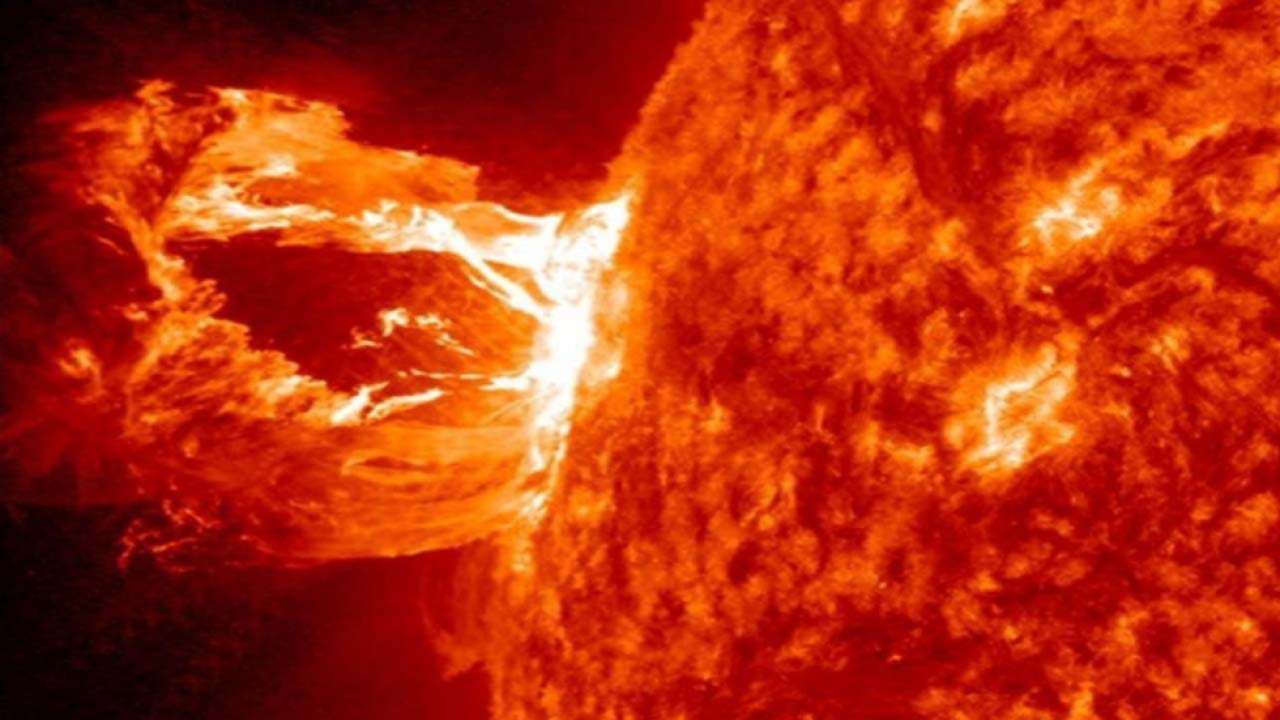 Solar storms are caused by the release of magnetic energy called solar winds from the sunspots. These storms result from variations in the solar wind that cause major changes in the currents, plasmas, and fields in Earth’s magnetosphere.  Solar Storms happen when Sun emits large bursts of energy in the form of solar flares and coronal mass ejections. These phenomena send a stream of electrical charges and magnetic fields toward the Earth at high speed.

Solar Storms are of the following types:

Solar Flares: A solar flare is a sudden flash of increased brightness on the Sun, usually observed near its surface and in proximity to a sunspot group.

Coronal Mass Ejection: A coronal mass ejection (CME) is a significant release of plasma and accompanying magnetic field from the solar corona. They often follow solar flares and are normally present during a solar prominence eruption.

Solar Particle Events: A solar particle event or solar proton event (SPE), or prompt proton event, occurs when particles (mostly protons) emitted by the Sun become accelerated either close to the Sun during a flare or in interplanetary space by coronal mass ejection shocks.