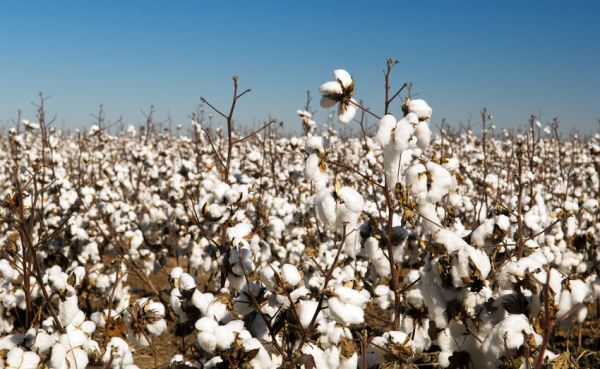 India lost a large proportion of cotton growing area to Pakistan during partition. However, its acreage has increased considerably during the last 50 years.

Cotton is a tropical or sub-tropical crop grown in semi-arid areas of the country (mainly in the Deccan Plateau).  Hard-frost is injurious to cotton cultivation and it requires at least 210 frost-free days.

Only light-rainfall (50 to 100 centimetres) is preferred. Cotton can also be cultivated under irrigated conditions.  It requires high temperature and bright sunshine for its growth.  Cotton requires a clear sky during the flowering stage.

A light well-drained soil capable of retaining moisture is ideally suited for the cultivation of the crop. Black cotton soil is prefered.  It is a Kharif crop and requires 6 to 8 months to mature.

There are three cotton-growing areas in India: