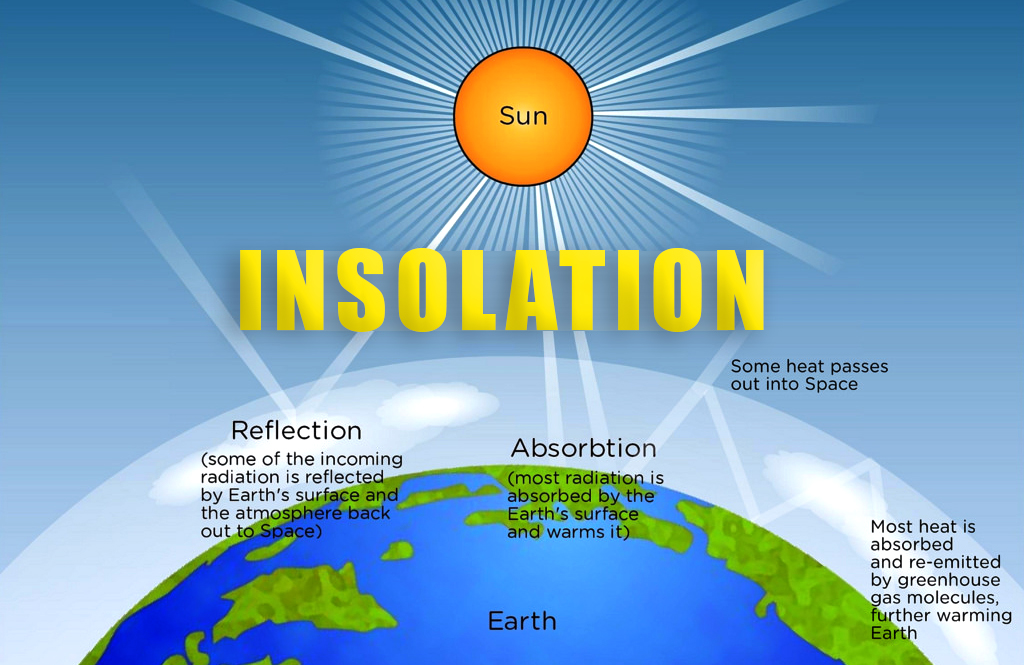 As we all know, the sun is the primary source of energy for the earth. The sun radiates its energy in all directions into space in short wavelengths, which is known as solar radiation. The earth’s surface receives only a part of this radiated energy (2 units out of 1,00,00,00,000 units of energy radiated by the sun). The energy received by the earth’s surface in the form of short waves is termed as Incoming Solar Radiation or Insolation.

The amount of insolation received on the earth’s surface is far less than that is radiated from the sun because of the small size of the earth and its distance from the sun. Moreover, water vapour, dust particles, ozone and other gases present in the atmosphere absorb a small amount of solar radiation.