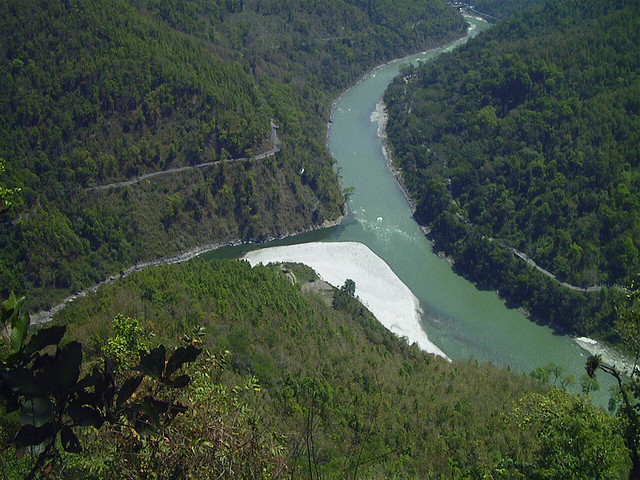 The Teesta river dispute makes headlines every time there is a bilateral talk between India and Bangladesh. The dispute is regarding water sharing of River Teesta. Bangladesh wants a higher share than it gets now. Currently, its share is lower than that of India’s.

Article 253 of Indian Constitution gives power to the Union Government to enter any transboundary river water related treaty with a riparian state. The centre cannot do it arbitrarily without taking into consideration the social, political and eco-impact of such a treaty in the catchment area.

Many of the glaciers on the Teesta river basin have retreated, says a strategic foresight group, a Mumbai think tank. Estimates suggested that Teesta River has a mean average flow of approximately 60 billion cubic meters, of which significant amount flows during June and September and October to April is considered to be a lean season. Any treaty will dry out northern region of West Bengal and will hurt farmers.

In 1998, Bangladesh’s Teesta barrage began, and the farmers of Bangladesh enjoyed 3 cropping seasons per year and don’t deserve any more water. Project in West Bengal aims at irrigating 9,22,000 hectares of land in North Bengal and provides 67.60 MW of hydropower. Any water sharing with Bangladesh will hamper the project.