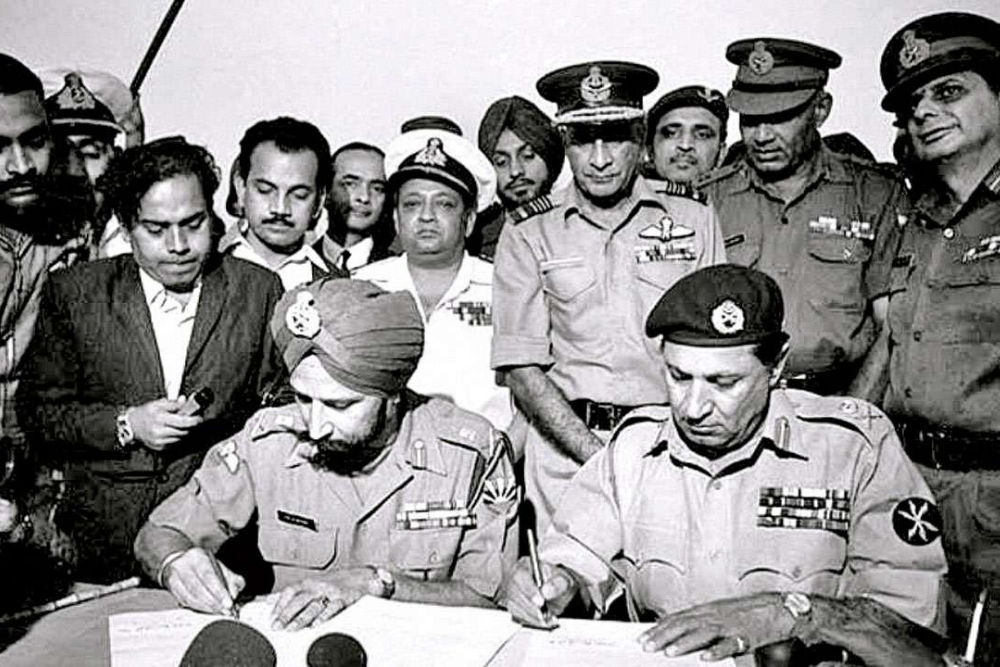 Historically, the seeds of trouble were sown in 1905 when Viceroy Curzon partitioned Bengal based on religion. East Bengal was Muslim dominant region while the west was Hindu-dominated.

After the 1947 partition of India, East Bengal became a province of Pakistan and was called East Pakistan then onwards. The east and west Pakistan were not only separated geographically, but they differed in language, culture, etc also. This led to problems in governance as well. The only common ground between the two provinces was religion.

The Bengali armed resistance Mukhti Bahini arose against the Pakistan army and the Indian forces helped them with arms and training.  India had a very crucial geopolitical motive to help Bangladesh due to the turbulent relationship with Pakistan. A win for the Bengali movement meant a peaceful eastern frontier for India. And as an immediate reason, the refugee crisis was becoming a huge economic burden for India.