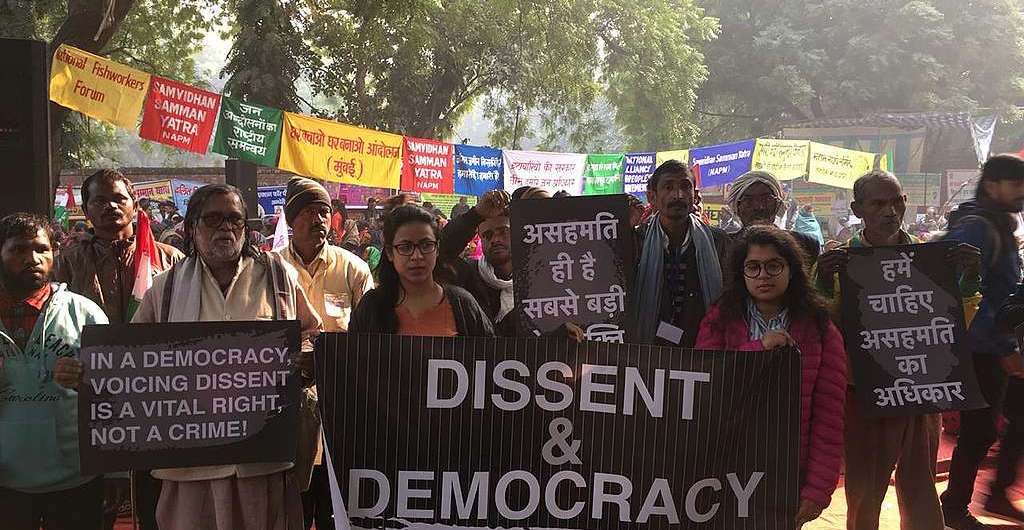 Recently, in the pretext of farmer’s protest, a review petition on the Shaheen Bagh protest has been filed in the Supreme Court. The court refused to review its earlier verdict which declared that there is no absolute right to protest, and it could be subjected to the orders of the authority regarding the place and time.

This brings into focus the tug-of-war between morality and state security, freedom, and responsibility. On one hand, it is the government’s responsibility to ensure that any protest should not turn into violent chaos. On the other hand, public protests are the hallmark of a free, democratic society, whose logic demands that the voice of the people should be heard by those in power and decisions be reached after proper discussion and consultation.

Significance of Right to Dissent

The Right to protest peacefully is enshrined in the Indian Constitution—Article 19(1) (a) guarantees the freedom of speech and expression; Article 19(1)(b) assures citizens the right to assemble peaceably and without arms.

The background of the Indian Constitution is formed by its anti-colonial struggle, within which the seeds of a political public sphere and democratic constitution were sown.

The Right to the association is required to form associations for political purposes — for instance, to collectively challenge government decisions and to even aim, peacefully and legally, to displace the government, to not merely check abuse of power but to wrest power.

People act as watchdogs and constantly monitor governments’ acts, which provides feedback to the governments about their policies and actions after which the concerned government, through consultation, meetings and discussion, recognizes and rectifies its mistakes.