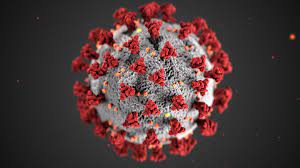 The COVID-19 pandemic has exposed the fragility of our existence as a species. It has unleashed unprecedented health and economic hardships.

In India, the fall-out between the Centre and states is a cautionary tale about the systematic breakdown of cooperative federalism. Now, it is a case of competitive federalism. The federal-state relations show the sharp asymmetries fuelled by power tussles for control over jurisdiction.

The history of federal relationship between the states and the centre is fraught with cold indifference at its best and tension and conflict at its worst. It is needless to emphasise that the context of opposing political ideologies and pragmatic orientations has always supplied grounds on which the ruling regime at the centre and governments at the states mount their mutual tensions from time to time. As the history of conflicting rather than cooperative federalism shows, it is the centre that seems to have been intolerant of the state government. The centre was not only dismissive of the autonomous existence of the states with different and radical ideologies, but it has often been discriminatory in its attitude towards the states with oppositional political background.

The current series of complaints made by some of the state governments in regard to the centre’s alleged discriminatory approach are sought to be reduced to the level of shrill rhetoric by the centre, which, according to the logic of inconvenient federalism, has no merit. Allegations made by certain ministers in Maharashtra and also the chief minister of Delhi about the unfair treatment meted out to certain states on vaccine distribution, oxygen supply, availability of life-saving medicines, and extra favouring of certain states do not bode well for the health of the citizens as well the institutional health of the republic.