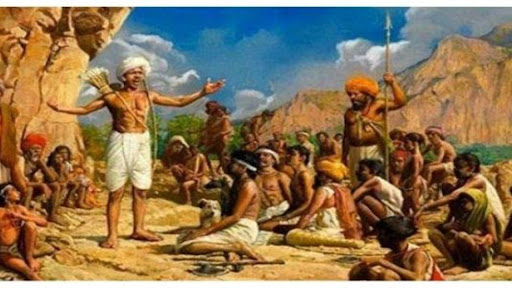 . Another important movement was the Pabna (in Bengal) peasants’ movement of 1873-1885. The peasants of Pabna did not object to rent hikes, and, in fact between 1858 and 1873 they met the rent demands of their landlords without any resistance. At the mot of the movement was the tendency of the zarnindars to annihilate the tenants’ newly acquired occupancy right. Occupancy tenants were being converted into tenants-at-will through forcible written agreements.

The peasants growing knowledge of the new laws made them aware of their plight. Then there was the problem of illegal dues in some places like Tripura. In 1873 the Pabna peasants formed an agrarian league which spread out the entire district very soon. Most of the newspapers which were pre-landlord (like Amrita Bazar Patrika) opposed the league. What is worth noting is that the peasants did not defy the colonial authority and declared that their goal was to become the ryots of the ‘Queen of England’. They were opposed to the harassment and not to the payment of dues. They wanted to be the ‘Queen’s Ryots’ for securing redressal for their grievences.

As the movement gathered momentum the oppressors tried to hit back. Given the fact that a majority of the peasant activists were Muslims (more than 213r’ds of the peasants, and about 70% of Pabna’s population were Muslims) they painted it as a communal movement. What ib wur~i~ IIUL~II~ 11e1e ib LllaL iwo poll~illellt leaders of the Pabna peasants – Kesab Chandra Roy and Sambhunath Pal were Hindus. For nearly a decade, from 1873 the Pabna peasants’ movement undermined the landlord’s perception of their right to fleece the peasants. Besides, the movement also spread to other areas like Dacca, Rajshahi, Bakergunje, Faridpur, Tripura and Bogra, etc.