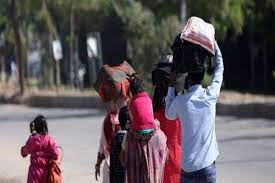 Out of 189 countries, India has ranked 131 on the Human Development Index 2020 prepared by the United Nations Development Programme (UNDP). With an HDI value of 0.645, the country fell in the medium human development category. The UNDP has revised and updated the underlying data and adjusted the goalpost, making it difficult to accurately compare India’s ranking this year and in 2019. However, the UNDP in its country report gave some statistics tracing India’s journey in human development between 1990 and 2019.

The report stated that since 1990, the HDI value of India has increased to 0.645 from 0.429, registering an increase of over 50%. During the same period, the life expectancy at birth in India rose by nearly 12 years, while mean years of schooling witnessed an increase of 3.5 years. During this while, the expected years of schooling also rose by 4.5 years. Moreover, during this period, GNI per capita of India also increased, registering a rise of nearly 274%.

The UNDP compared India’s value in the HDI with other countries in South Asia, viz, Bangladesh and Pakistan. As against India’s rank at 131, Bangladesh ranked at the 133rd position, while Pakistan stood at 154th place. In the South Asian region, India’s HDI is more than the region’s average which stands at .641, while India is also above the average value of 0.631 among the medium HDI category countries.