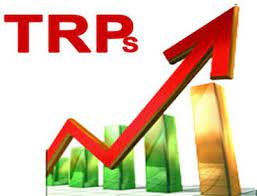 The TRP or Target Rating Point is the metric used by the marketing and advertising agencies to evaluate this viewership. TRP or Television Rating Point is the tool to judge which programmes are watched the most and to index the viewers’ choices. It helps to calculate which channel and the programme are viewed most or it indicates the popularity of a TV channel or a programme. It shows how many times people are watching a channel or a particular programme.

The recent observations of the Hon’ble Supreme Court on the functioning of media point towards an urgent need of redefining of the electronic media in accordance with the constitutional values, freedom of media, individual rights and right to privacy.

Sensation above sense’ has emerged as the blueprint for media houses trying to rig viewer’s mind in order to get higher Television Rating Point (TRP)— a tool used to know about the popularity of a programme. Professionalism and media ethics have taken a back seat for the last few years as viewers themselves seem to have surrendered their preferences of news and have made peace with politically motivated and ideologically inspired news.

Diversion of media from their core democratic responsibilities is inevitable as its existence depends upon high ratings of TRP. In recent times, the electronic media showing their programmes in principle with truth, information, logical debating and aiming to create awareness receive low rating of TRP which subsequently leads to huge financial loss. Therefore, locating space for autonomy and freedom appears as an outrageous practice for media as its existence and survival always depends upon corporate and business entities. This article aims to highlight three trends of Journalism existing in India that pose a greater risk to democracy.

Another effort towards securing higher TRPs manifests itself when the media channels display a clear association with any ideologies or political parties. Hence, news is selectively sensationalised in accordance to the political and ideological agenda which results in larger viewership. With more than 75,000 newspapers and well over a 1000 satellite channels in several languages competing against each other for their survival, overt political allegiance becomes a tool for media to target politically and ideologically inspired viewers. The period between 2009-2019 has seen an unprecedented TRP race. Leading media houses in India have been covering issues in accordance to a strict ideological allegiance and a steadfast commitment to a political party (in some cases many parties).