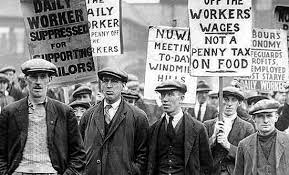 Most of the unions had low membership. Though the number of unions and union membership are increasing, average membership is inadequate. Because of their small size, unions suffer from lack of adequate funds and find it difficult to engage the services of experts to aid and advise members in times of need. They can’t bargain with employers effectively on their own.

Most of the trade unions in India suffer from inadequate funds. This unsound financial position is mostly due to low membership and low rate of membership fee. Trade Union Act, 1926 prescribed the membership fee at 25 p. per member per month.

Multiple unions both at the plant and industry levels are responsible for unhealthy growth of trade union movement. There exist several unions in the same establishment or industry. The existence of this phenomenon can be attributed partly to the domination of outside leaders and partly to the labour laws.