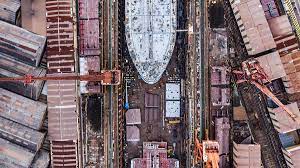 . The pandemic has prompted a new wave of globalization obituaries, but the latest data and forecasts imply that leaders should plan for — and shape — a world where both globalization and anti-globalization pressures remain enduring features of the business environment.

The crisis and the necessary public health response are causing the largest and fastest decline in international flows in modern history. Current forecasts, while inevitably rough at this stage, call for a 13-32% decline in merchandise trade, a 30-40% reduction in foreign direct investment, and a 44-80% drop in international airline passengers in 2020. These numbers imply a major rollback of globalization’s recent gains, but they do not signal a fundamental collapse of international market integration.

The volume of global goods exports in 2020 could fall to a level last seen in the mid-to-late 2000s, according to the latest WTO forecast. That would be a tremendously painful drop, especially in the context of today’s larger and more complex world economy. But even the most pessimistic trade forecasts do not imply a retreat to a world of disconnected national markets. Most of the run-up in trade integration since the end of World War II should remain intact.

Supply chain policies have come back to the top of the agenda, and shifting approaches have the potential to reshape trade and FDI flows. The key globalization-related debate here is redundancy versus reshoring. Will companies and countries seek greater safety in international diversification, or will they try fostering domestic self-sufficiency? Economic logic almost always favors the former approach, coupled with national stockpiles for true essentials, but politics will sometimes force the latter.