Assam, the north-eastern state of India, situated on the littoral of the mighty river Brahmaputra is home to diverse ethnic groups and cultures. This diversity contributed immensely to its musical gamut. The folk music of the state can be segregated into different categories. Assam is known for its rich culture and its richness can be very well noticed in its different types of folk music. Since the origin of the mighty Brahmaputra, Assamese music has been affluent. Nevertheless, the introduction of Indian Classical music and Religious music of Mahapurux Sankardeva and Madhavdeva has added precious stones to the coronet of Assamese folk music, which dates back to several centuries and evidences of practice of music are found during the 2nd century.

The festival of Bihu is the heart and soul of Assamese culture and Bihu geet are the songs sung during this festival. The carnival of life are expressed through Bihu songs of geets, which a filled with deep meaning. These are entwined around subject of love. These songs are performed by youth, which is characterized by, flinging and flipping of hands, brisk stepping and swaying of hips. Husori is another type of Bihu geet, which is sung by groups of boys and young men led by older men moving from door to door thereby singing and dancing in the front or back courtyard collecting subscriptions to be spent on repairing the village Namghar. Unlike Bihu geet, Husori is mainly based on religious theme and the groups pray for the welfare of the people. 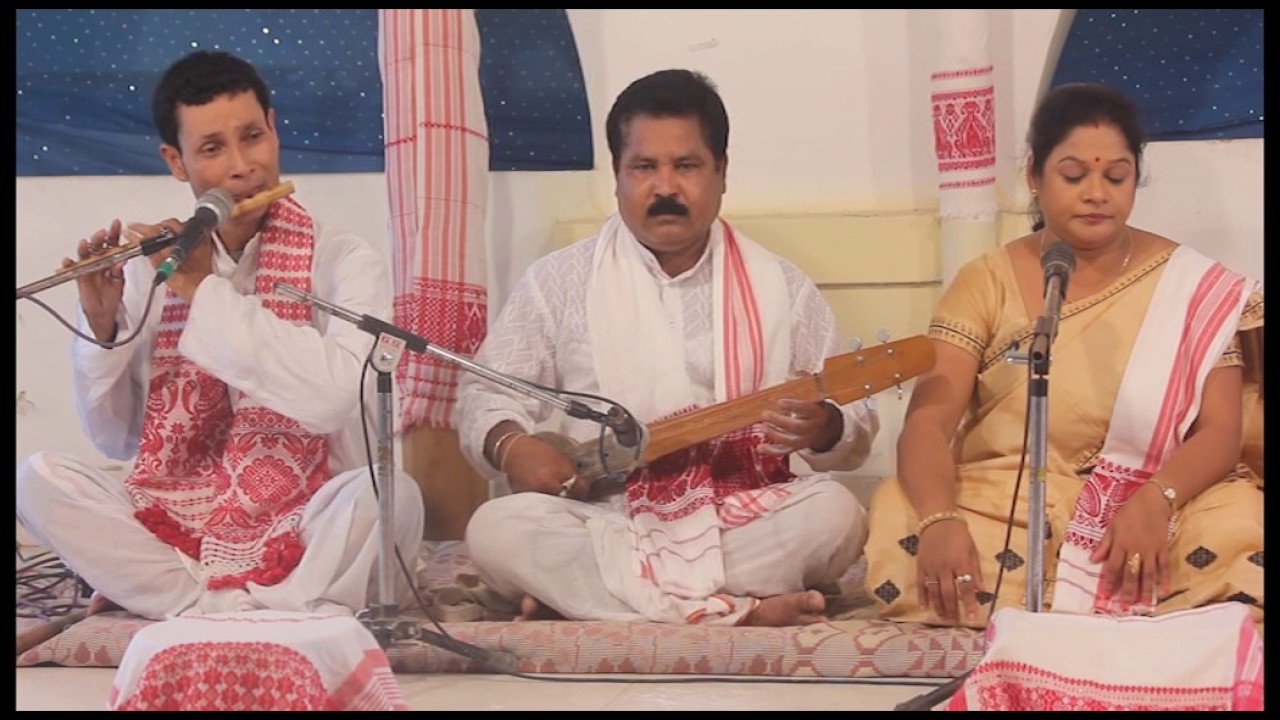 Kamrupiya Lokageet is a popular form of folk music of Assam, which is basically sung in lower Assam. This form of folk music developed during the reign of Kamrupa Kingdom and is sung since time immemorial. These songs are based on various human emotions, especially of common people. It is known for its richness of musical style.

Goalporiya Lokgeet is a form of folk music of Assam, which is mainly sung in the Goalpara district. It is basically lyrical song of Goalpara and is not related with religious or rituals. Generally the main theme of compositions is based mainly on love but not totally. It has different sub-genres that differ in the musical mood and themes, of which the bhawaiya and the chatka are principal forms along with moishali and maut songs. These songs are often sung in chorus sole accompaniment of the dotora.

Another type of folk music of Assam is Tokari geet, which is based on different mythological stories as well as the social life of people. These songs are performed with Tokari, a musical instrument with a single string played with fingers, cymbals and flute. These songs are mainly sung by the male folk led by a leader. Tokari geet is also a popular form of folk music of the state.

Aainam is a devotional folk music of the state, which is sung by the women. It is a traditional folk song, which has been sung since time immemorial and is related to death and illness. This is mainly sung when someone in the family is suffering from some serious sickness, especially small pox. It is sung by women clapping their hands to praise the Goddess and is still prevalent in lower Assam.

Bianaam is another popular form of folk music of Assam, which is prevalent in both Upper Assam and Lower Assam. These are basically marriage songs sung during the marriage and are generally fun making the bride and groom. These songs illustrate epic stories of King Baana and his daughter Usha who was married to Anniruddha, the grandson of Lord Krishna. These songs are particularly sung by the women folk of the society.