ð  Over 32,000 posts, including nearly 28,000 teaching posts, are lying vacant in government schools across Assam, the state Assembly.

ð  Currently, 99,234 teachers are working in primary schools, while 55,094 are teaching in Middle English and High Schools.

ð  Similarly, a total of 14,362 persons are working in third and fourth grade posts in primary, Middle English and High Schools across the state. 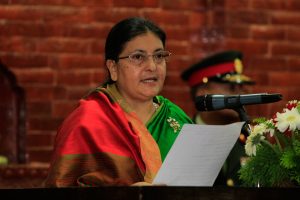