ð The National Human Rights Commission issued a notice to the Union Ministry of Home Affairs over the planned deportation of about 40,000 Rohingya immigrants from Myanmar, asking for a detailed report within four weeks. 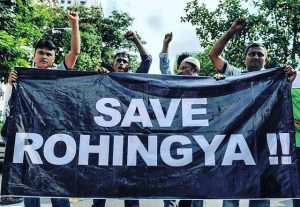 ð All toll plaza planes will be RFID [Radio-frequency identification] tags-enabled by October 31.

ð The parliamentary standing committee on agriculture has underlined that there are evidences of negative impact of climate change on wheat and paddy yield across the country, including Punjab and Haryana, which would hit 1.5% of gross domestic product (GDP) every year.

ð Significant negative impacts have been projected with medium-term (2010-2039) climate change, eg. yield reduction by 4.5 to 9%, depending on the magnitude and distribution of warming. Since agriculture makes up roughly 15% of India’s GDP, a 4.5 to 9.0% negative impact on production implies cost of climate change to be roughly at 1.5% of GDP per year.