The Neo-Vaisnavite Movement, started by Srimanta Sankardeva created an unprecedented zeal for the cultural and religious reformation in Assam in the 15  century. His Eka-saraniya dharma, with all its philosophy and doctrines as well as rituals and cult has contributed a lot to find out the true spirit to create a vibrant society based on peace, respect, goodwill and honesty. It initiated a new change in the socio- religious sphere of the Hindu society and consequential changes in its value system and equality of relationships. The main motto of this movement is to create an egalitarian civil society based on the shared values of fraternity, humanism, equality and democracy.

The Neo-Vaishnavite movement initiated by Srimanta Sankardeva in Assam in the latter period of the 15th century ushered in an era of socio-cultural renaissance in Assam, humanist in content and popular in form, in literature as well as in the vocal and visual arts. The movement was at once unique in nature and revolutionary in terms of its 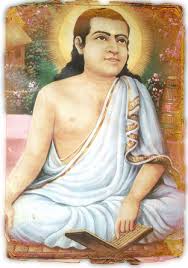 impact. The uniqueness of the movement lay in the fact that unlike other contemporary cults in the rest of India, Srimanta Sankardeva’s Neo-Vaishnavism rested not on a discursive reasoning and abstract thinking but its emphasis was more on ethnic integration, societal reforms and spiritual uplift through an innovative mode of religious conduct based on indigenous elements of the region, at a time when the society in Assam was in a turmoil fragmented and faction-ridden as it was

Sankardeva preached devotion to a single God, Lord Krishna or Vishnu, (Eka Sarana) who can be worshiped solely by uttering His various names (Nām). Srimanta Sankardeva considered the sravana and kirtana modes of bhakti or devotion as prescribed by the Bhāgavata-Purāna to be sufficient. They are accessible to the highest and lowest, men and women alike, irrespective of birth, caste or status and no rigid theocratic laws are to be followed by the votary. Idol worship does not feature in Srimanta Sankardeva’s system. The Rādhā-Krishna cult is not acknowledged in this system of Vaishnavism, nor is any shakti (energy represented in a female form) of Lord Vishnu to be recognized.

The four fundamental elements of Neo-Vaishnavism are

(iii) the fraternity of Bhakats (devotees) and

Sankardev got the success to prevent the stigma of hellish caste system and untouchability from Assam that still prevailed in other parts of Indian society in those days. Thus, people from all castes and communities were became his disciples and they could even act as teachers and might become the head of the satras.Kacharies, the Garos, the Miris, the Goalas, the Ahoms, the Rajakas, the Chandals and others were his discipline.